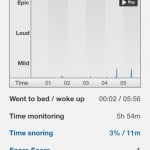 With a new low snoring record set for the night of only 11 minutes and an intensity of lower than mild according to Snorelab, it appears that rock hard mattresses are good for me! (Although Sally thinks it was my frightening experience). However, with that and what I could swear was a Hare Krishna mantra wafting through the window it led to me to making an early start at just after 7.30

The sky was still very overcast with very low cloud making for another rubbish sightseeing day 🙁 I found a cafe for my first noodle breakfast. Made with a couple of raw eggs tossed in which then poached in the hot liquid with the greens. Looked disgusting but surprisingly tasty and I guess there was no alternative, except to go hungry. 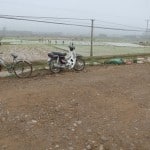 I followed Dave’s day 3 route to Thanh Hoa, the first part of the road is a nightmare unpaved track full of huge potholes etc, through fields of what I think is sugar cane, but with the immense language barrier it could be anything! The surprising thing to me is just how labour intensive it all is and backbreaking work to. With all the vibration my back mudguard stay broke free – but 5 minutes later a bike mechanic fitted a new bolt for free including a decent cup of tea 🙂 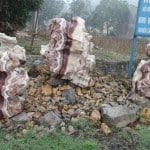 After 20 miles I hit the hills, only 300ft but quite steep. At the summit there were some gorgeous deeply coloured eroded rocks on display. after that it was through endless noisy villages with the frenetic red buses dashing about this with the increasing traffic levels and honking vehicles made me seek sanctuary in the military cemetery for a break.

I made for the same hotel as Dave, The Sao Mai, it’s glory days being well in the past. The bed is fractionally softer than last night, so we shall see what happens to the snoring! I found a neighbouring co-op supermarket (first supermarket I’ve seen in Vietnam) to stock up on some junk food to go with the hand of bananas I bought today. 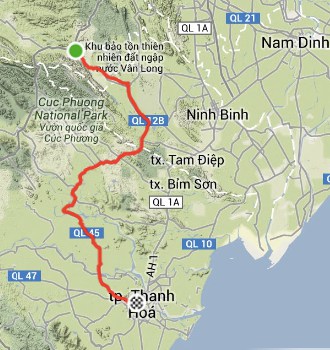 and the other exciting images of the day  are here