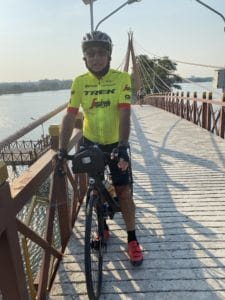 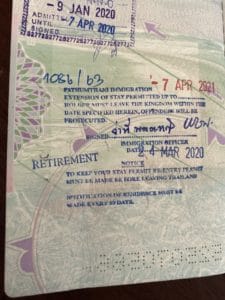 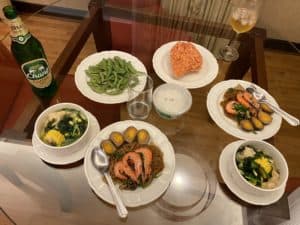 After a couple of very relaxing days at the Zen Hotel and where better to stay in Nakhon Pathom than with a Cafe Amazon, a 7-Eleven and half a dozen foot and leg massage places within a few yards of your 7th floor bedroom overlooking The Temple for £25 per night 🙂 The massages are also a total bargain at 400 baht per hour (£5).

Wit Pimkanchanapong reminded me that the starting point for the Chom Bueng 300 audax is the same temple that was used as the final staffed checkpoint at 318km on last weeks 400. I plotted out a cross country route which turned out to be a delightful 43 mile ride some on gravelled tracks but mainly country lanes past historic Buddhist Temples and the rather unique channelled fields.

All with a warm breeze pushing me along what could be better? 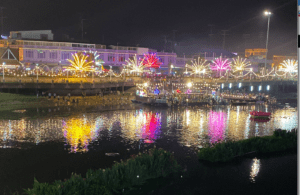 Buoyed by the success of my first 600 I thought it would be a grand idea to finish a Super Randonneur series whilst in Thailand 🙂 I managed to get entry to the Nakhon Pathom 400km Audax so I rested a few days at the Payamai resort which so reminded me of places that Pelosi gets invited to in Hotel Inspector! The Full moon festival was in full swing at Uthai Thani so great experience.

I cycled the 31 miles in the morning to Ban Takhli station to catch a train with the loaded bike to Bangkok the bike fitting in the old dining car converted to a parcels van easily through the double door opening. I spent the night by Bangkok station in the OYO 140 The Krungkasem Srikrung Hotel.

The next day I caught the train going South to Nakhon Pathom, amusingly the main parcel van was full of boxes and a couple of motorbikes so myself and a small group of cyclists at to lift our bikes through the ever open windows 🙂 You have to be fit to travel with a bike 🙂

The train slowly filled up when leaving Bangkok eventually stopping at Nakhon Pathom.I had taken the front wheel off by now so I could upend the bike and squeeze through the regular door 🙂

The Zen Hotel is great about a mile from the Audax starting stadium and does breakfast from 6 am so perfect for the 7 am start. Great to see so many folks from the 600 ride at the start including Wit from the Audax FB post. The Fatty Bikes had now grown into a group of 4 plus a Californian lady on a recumbent.

Once again we set off at high speed averaging 18 mph to the first stop at 45 miles away! at which point I slowed down to my normal 21 kph. A small group invited me to their early lunch which was good, by noon I had reached the temple where I really enjoyed ice cream it was just so hot! far hotter than on the 600 the afternoon descended into a blur of finding roadside drink stops, I wish I could find something that is palatable when warm and doesn’t dry up your mouth. Fortunately, the sun gave up before me and the wonderfully cool evening started whilst I was ascending through the lakes gorgeous apart from the flies!  I eventually found the temple at Chom Bueng cunningly hidden off the main street, with ‘only’ 85 km to go and just after midnight (the speedier ones came through 5 hours before!) I declined the offer of floor space and ploughed on through the night with no other cyclists, the 7-Eleven seemed an eternity and I was getting  desperate to close my eyes but as soon as I stopped a posse of barking dogs would gather 🙁

I eventually finished at  Nakhon Pathom at 5.45 am with just over 4 hours in hand! I managed to be having my hotel breakfast again 24 hours later than when I set off.

So still on a learning curve especially with regard to sleep and maybe removing a lifetime habit of dashing off, although it has stood me in very good stead over the past 72 years 🙂

Now just a 300 to do to complete the SR series, I’m booked into the Chom Bueng 300 this Saturday a bit hilly compared to the last two. Here is the Strava for todays ride