I woke up really late (for me anyway). Went for breakfast to be met by a gaggle of girls on a hen party weekend boasting of their previous nights exploits. 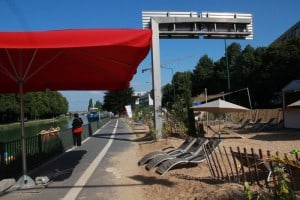 Retrieving my bike from the luggage locker at the Hotel Bristol I set off, the roads are in pretty bad shape here, eventually I found  my way onto the canal, pleased to be out of the traffic. In one place they had set the path up as a beach resort complete with sand.

I then headed up towards the Champagne Hills. As a wise man once told me where there are grapes there are hills 🙁  Feeling a bit worn out I stopped at the retail park and visited Cora. I can see why Carrefour are doing badly: caught in a pincer movement between the Aldi’s & Lidl’s and the Cora’s it must be tough for them.

On the move again, I had to escape from the high speed Saturday shoppers, so dropped down into Rilly-la Montagne where the beautiful Chateau de Rily beckoned, I decided it was to pricey for poor old me, later I would regret it 🙁

I continued on up and down the hills till finally after 12 miles I gave up and stopped in Mailly where I checked in at the Chambres de Hotes run by a lady with and OCD on a OCD. I promptly fell asleep totally worn out.

At 7pm  I summoned up the energy to cycle down to Sillery to have a meal in the Michelin  Le Relais de Sillery a good ending to a not very good day.

Here is the Strava data: 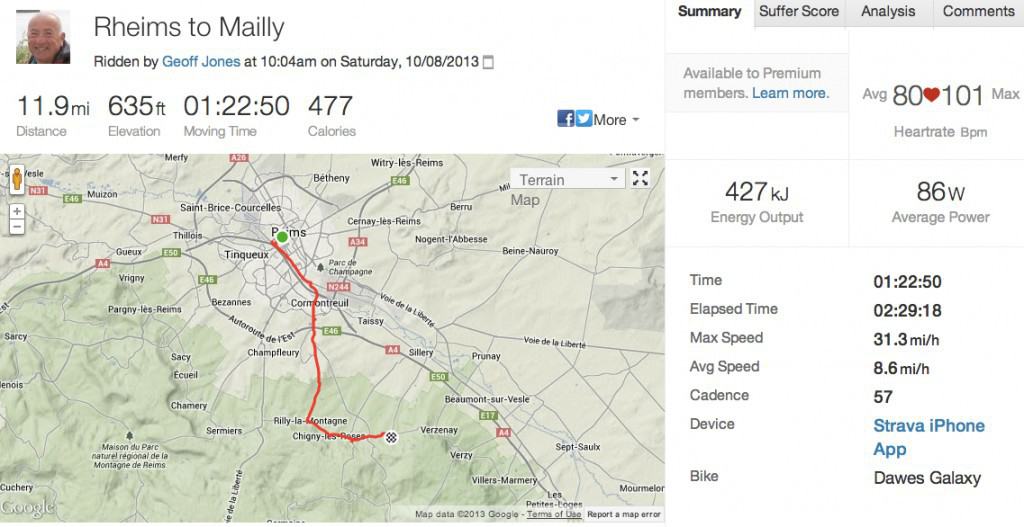 The pictures will be here