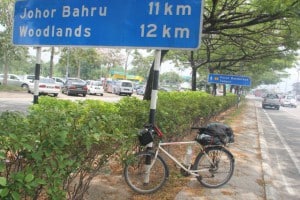 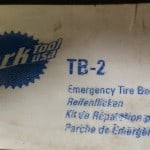 Muar is a delightful working town loads of real shops including a great bike shop who sold me a Panasonic inner tube for 10 Ringgits but didn’t stock puncture repair kits. 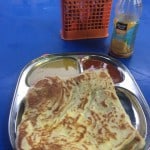 I started the day with some lovely egg roti’s at The Soup House, joined later by Sabine. As we were finishing the French couple appeared. They had decided to take the coast route to Batu Pahat which isn’t very far at all. Sabine and I had decided to head to Kluang about 100km away.

The road was very busy but we made very good time, with Sabine struggling ever so slightly to keep up 🙂 . In fact I started to think that maybe instead of having total rest days it might be a better idea to just have partial rest days doing like 30 miles  instead of zero, I’ve noticed after zero days my legs really hurt to begin with. 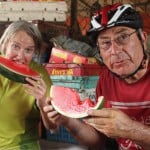 An advantage of having someone with me is that I can share a watermelon, they are truly delicious here, but way too much for one person and even for two a bit of a struggle. For lunch we found a guy making delicious peanut/honey pancakes 🙂

Close to Kluang we couldn’t resist dropping in to the Zenxin Organic Park for a smoothie and a look around, a bit like a garden centre and obviously used to demonstrate organic food growing although most of it was closed.

We managed to just escape the rain storms so arrived in Kluang without a soaking. The White House Hotel at £9 per room per night was OK but the internet was totally rubbish. Interesting that the last two hotels have been run by old men. Both Kluang & Muar have dozens of hotels and it’s really hard to see how they can make a living from it.

We ended up eating at  the Battown Hawker Centre after visiting a very disappointing heavily themed Kluang Rail Coffee cafe. An excellent day.

Here is the Strava for the day:

The Mullah woke me up by blasting his prayer of the day at me, once awake the incessant pounding of the rain kept me up. I met Sabine loading up her bike at daylight downstairs and we agreed to hang on for the rain to clear, since it was only a 30 mile day. It cleared just before 8. I checked my tyres before loading up and all seemed OK.

I had only been on the bike a few minutes and I got that sinking feeling 🙁 a few minutes later and it was a total flat with the tyre  coming of the rim 🙁  Fortunately the Madras Cafe was next door so after changing the inner tube (and not finding any nail etc 🙁 ) I had a wash and enjoyable breakfast chatting to an ex bank manager who trades derivatives on his own account. Interesting talk on risks etc

Then we started on Highway 5 which has a split personality, a new version that makes a loop, wide & boring or the old 5 more interesting but narrower through the villages. We discovered a couple of side roads which made it quieter and more interesting for a while.

Whilst having a drink in Kampung Pengkalan two French cyclists stopped for a chat, Guy & Noèmie have been biking for almost a year covering about 8,000km in Russia, Japan, China & SE Asia, their blog is at Escapade En Velo

We soon arrived in Muar past the huge semiconductor plants to find a very pleasant provincial town totally non touristy & really very pleasant. We bumped into Guy & Noèmie  again whilst searching for a hotel  eventually homing in on the Hotel Kingdom where the two old men were going to put all 4 of us in one room at 45 Ringgits (£9) a night for the room! Eventually we got through to him we wanted 3  separate rooms. The restaurant opposite, The Soup house is really excellent too.

Here is the Strava for today

Here are a few pictures

Today I was playing at been a tourist again by joining the free 2 hour walking tour of the old city. Organised by The Melaka Museum Corporation & Melaka Tourism Promotion. Not free enterprise as in my tours of Bucharest & Ljubljana

I could only understand about 1 word in 3 that the guide spoke & to be quite honest he rambled of topic quite considerably eg In Christ Church we had a diatribe about Dengue fever in Singapore! Then in the Buddhist Temple it was plain that he disapproved of all the offerings and ‘lucky’ charms etc. So disappointing compared to my previous city tours. For myself I was fascinated by the Dunlop building, Bastion House, now the Malay & Islamic World Museum! Obviously Mr Dunlop was very powerful out here in 1910  as it’s on a prime site.

After a recovery shake I ventured down the river to what will be Melaka’s tallest building with 42 floors which will have views over the straits.

An interesting sort of day but sad to say that the original small factories, blacksmiths are all getting priced out by T shirt shops, & cafe’s like in Cambridge.

Tomorrow it’s back on the bike to get closer to Singapore which at a push is only 3 days away.

Photos of the day are here