What a great place to live is Cambridge. I’ve just upgraded my list of talks that I can go to in The University, where else in the country do you get such a proliferation on Nobel Laureates, Fellows of the Royal Society etc giving such talks in delightful surroundings. 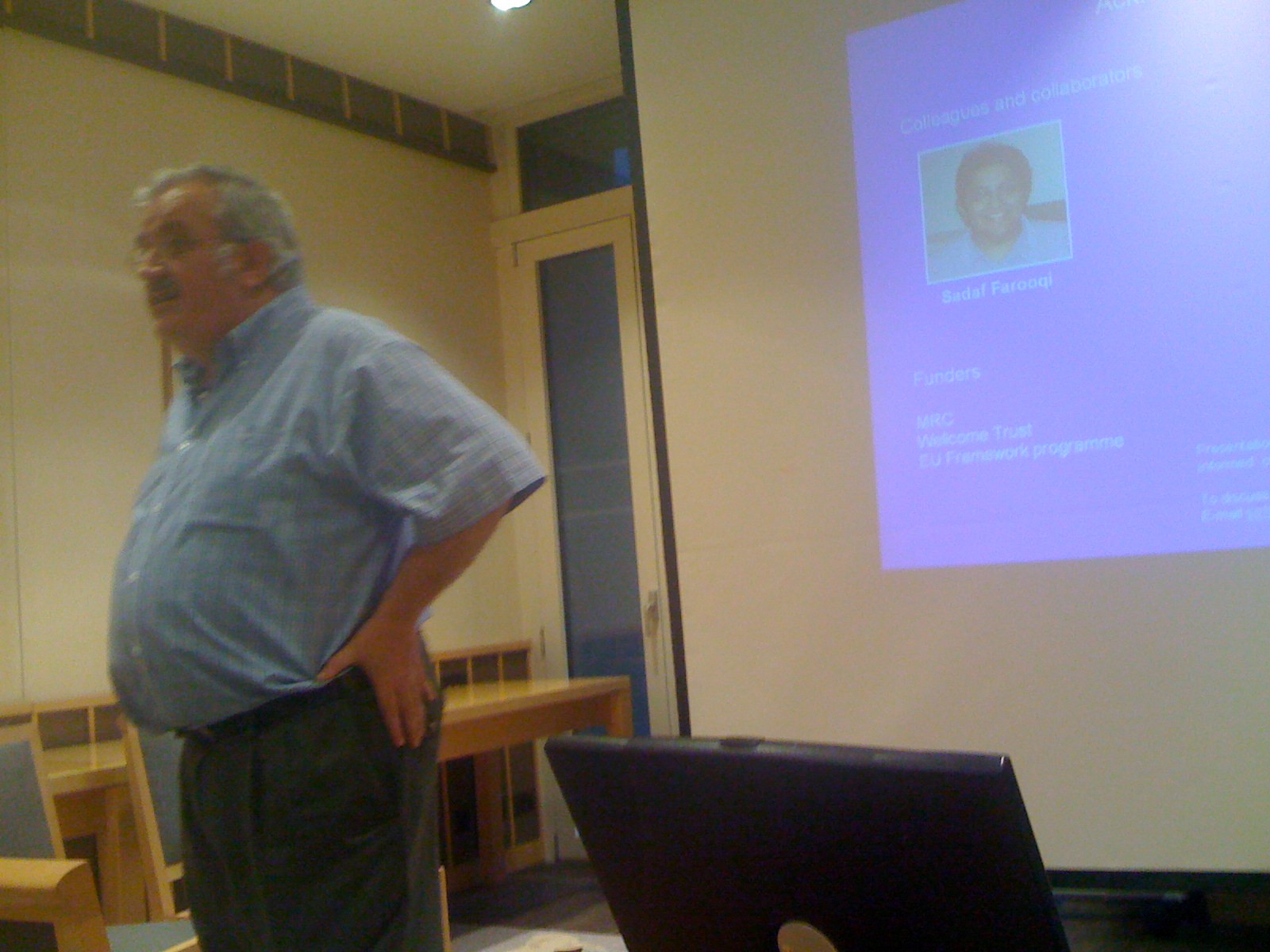 Last night’s was in the tardis like Pembroke College given by the corpulent Prof. Stephen O’Rahilly on Obesity – Science & Stigma, which he started by saying that he wandered into obesity both personally and professionally!

Fascinating talk on the role of Leptin in the hypothalamus and staggering images of some of his young patients who had been given Leptin and subsequently lost enormous amounts of weight. Leptin is produced by fat cells and acts to control your appetite, if you have no Leptin or the Leptin receptors are faulty then you just keep eating (up to 2,000cals in a single meal). He went into the role of the FTO gene and MC4R gene.

Intriguing for me was his comment that Anorexia is treated & diagnosed by psychiatrists whereas obesity is treated by endocrinologists and that there is little or no contact between them, although almost certainly Leptin is involved in both. An aside for me is that do Doctors become similar in size to their patients?

14 Oct 2017 Helen emailed me a link with additional info that can be found here https://www.healthambition.com/leptin-what-is-why-should-we-care/