I bought my latest pair of Scarpa Terra GTX boots, from Open Air in Cambridge, UK on the 7th April 2012 for over £120 (the price has rocketed recently since they moved production back to Italy from Romania) , in preparation for walking the whole of The South West Coast Path which is just over 1000km or 630 miles. Here are snapshots of the boot over the past 14 days:- 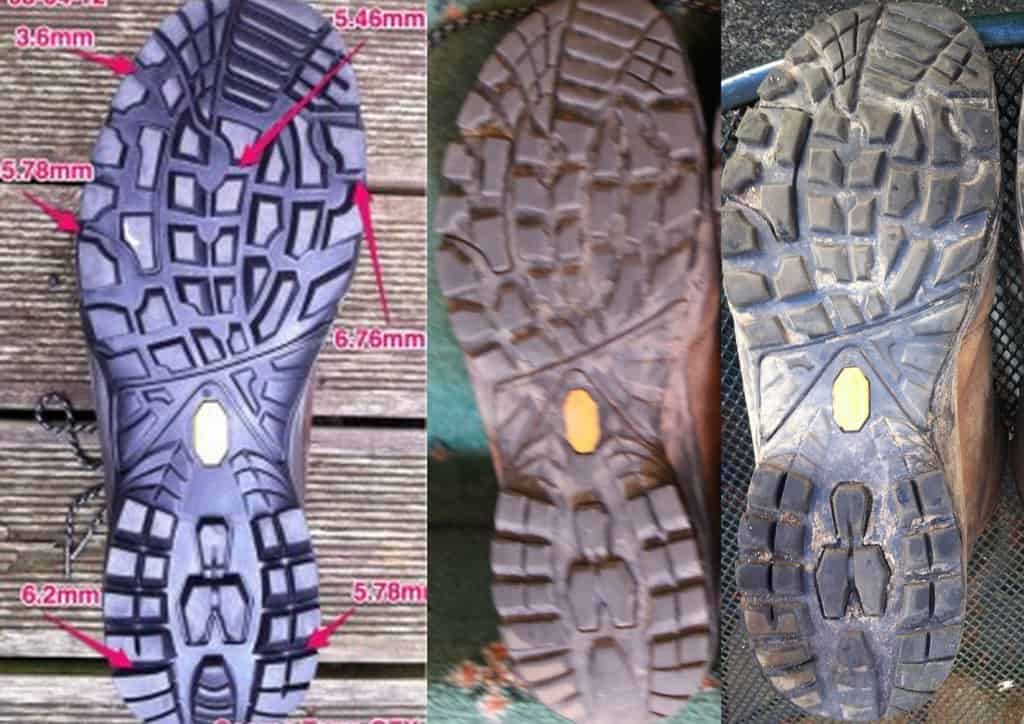 As you can see the heel is getting worn out very quickly , now down to the core material with the toe rapidly catching up. The terrain is not particularly harsh mainly grass / mud /sand /tarmac but no granite limestone etc.

So will they last the 630 miles? It would be interesting to hear what Scarpa have to say about their boot life!  In fact the first pair only lasted 1 hour as there was a broken needle stuck in the leather 🙂 but Open Air replaced those straight away.