After the recent walk where my Scarpa ZG65 XCR boots let me down by leaking, after a morning walking in heavy rain. I returned them to Open Air who agreed they were faulty and supplied me free of charge with a new pair. 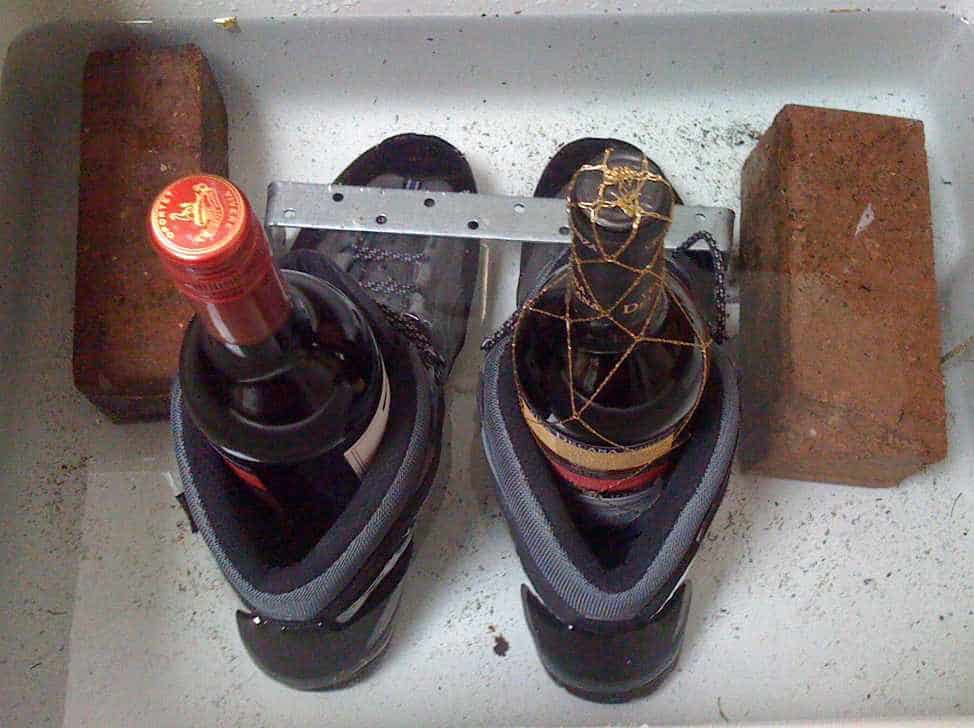 I thought I would be smart and test the new boots before walking in them. I quickly made a test rig to hold the boots down in the sink to a depth of 120mm. Before immersion I weighed the insoles (about 28gm apiece), then repeated weighing after various immersion times. Here’s the results:- 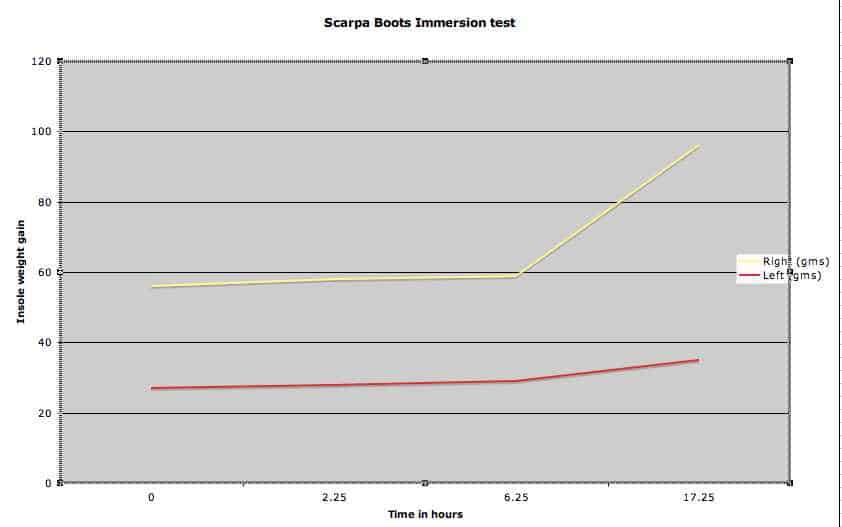 As you can see the boots were pretty water tight for around 8 hours or so, after this the right boot leaked noticeably more than the left. Obviously this was a static test, in practice when walking you will get a pumping action so it will be interesting to see how they fare in the next rain walk.