Experimenting with the Blackbird Pie Plugin . What should appear is Sally’s latest tweet!

Worked very well indeed! Just some confusion initially as there are no setup options: Just click on the Blackbird in the WordPress editor. 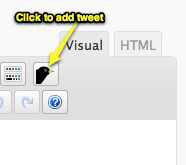 Many thanks to Sally, Em, Sarah, Caroline, Ray, Liz, Chester, Karen, Roberto, Ellee, Tony & Lorraine for coming to my little birthday party organised by Sally to see Romeo & Juliet tonight at Downing College. It was a great performance and had the big audience totally spell bound. All 13 of us enjoyed Emily’s freshly baked carrot cake in the interval 🙂

For someone interested by social media this is how folks said Happy Birthday to me:-
Twitter: 6
Cards by hand: 5
Cards in post: 3
Facebook: 4
Text message: 2
Skype chat: 2
Telephone call: 1
Skype call: 1
Email: 5 All from mailing lists of companies it has to be said 🙁

Cambridge, Hills Road,  Domino’s Pizza place has just been forced to close because of a complaint from Rebecca Jane B? which the council inspectors upheld:-

“An infestation of rats in the premises resulting in a significant risk of contamination to foodstuffs and a risk to public health. In addition, there is an accumulation of dirt and extraneous matter in the kitchen”

As you can see from the photos the upper two floors of the takeaway are derelict and in urgent need of renovation.

Sat update: Apparently three rats were found stuck to the glue mats put down by the rat catcher – apparently the rats were in the derelict flats upstairs. They are hoping to reopen on Wednesday!

Twitter is just so useful. I noticed that my gmail wasn’t working online at all. In these cases its usual for me to start kicking the computer/firefox/router 🙁
But now with Twitscoop in my sidebar all is revealed:- 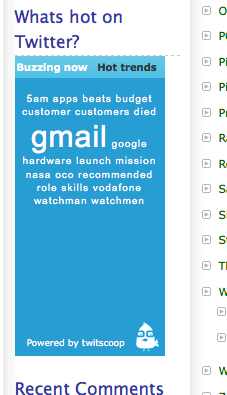 and looking at the time line of twitters mentioning ‘gmail’ is quite cool:-