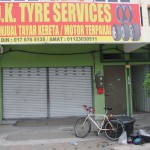 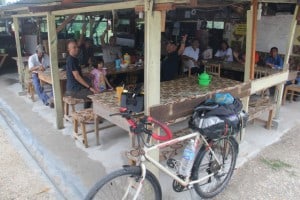 I’m afraid these posts are going to get a bit repetitive with regard to the heat, humidity, plantations & I strongly suspect how busy the road is. Although, today, I did manage to escape for a few miles on a side road. 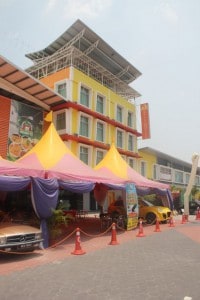 I gave up today after 50 miles as I was feeling totally wrecked, I laid on the bed at The Hotel Apps and fell asleep for 3 hours. I’m drinking prodigious amounts of water, coconuts, isotonic drinks etc etc In fact I can drink a whole 1.5litre bottle without really noticing that I have! Although I think I need to start drinking a lot more earlier. The first 25 miles is usually a cinch light traffic at 7.30 a bit cooler etc after that the next 25 miles is really hard as I just run out of energy

Hotel Apps is very modern, but ill designed, the first bedroom (1303) the A/C couldn’t cope with the heat from the large window above a reflecting shiny surface, my new bedroom (1312) sounds as if you are in a waterworks if any of the adjacent occupants turn on the taps! and no internet, obviously the Telecom outfit here is part of BT as they can’t get the connection fixed. The room wasn’t cheap at  88 Ringgits

here is the Strava:

and the pics are here